This week, I received an email with the intriguing subject line: “Final warning: you will be arrested and jailed if you fail to read the attached document.”

The aforementioned document, warrant_of_arrest.txt, read, “This is the final warning you are going to receive from me, do you get me?” – an odd start to a letter claiming to have been written by the Director of the FBI.

Basically, if I don’t send my bank details to the FBI (on their AOL email address), they “will send a letter to the Mayor of the city where you reside and direct them to close your bank account.” Now I’d like to see Cllr Janet Turner try that! There followed a variant on the traditional police Miranda warning: “Be warned not to try anything funny because you are been [sic] watched.”

However, it wasn’t all bad news. “As a good Christian and a Honest man, I decided to see how i could be of help to you because i would not be happy to see you end up in jail and all your properties confiscated.” What lovely people these FBI agents are! And they only want $98 to help me out. Now where’s my dad’s credit card?

Oh, and the message concluded, “Expecting your anticipated- Co-operation…” which I reckon is a bit on the optimistic side.

During the Spain-Italy football final (and savour this moment, because I am unlikely ever again to begin a sentence in such a way), the BBC aired a trailer for the Olympics, which came as something of a godsend because until then, I’d had literally no idea that anything exciting would be happening over the summer.

They followed up this breaking news by, erm, breaking more news: specifically, they published a news story on their website announcing the news that they’d released the trailer. Very much the cutting edge of modern multimedia journalism.

Then the story broke that they stole the idea from a Lloyds bank advert from last year, though strangely, the BBC didn’t report this particular scoop.

Anyway, in the paramount interests of health and safety, I’d like to share some wise words on the subject of Sport, from that sportiest of men, Sir George Campbell MP. When I started looking for some wise words, however, I realised that his idea of ‘Sport’ is largely centred around the shooting of animals and imperial natives. And… let’s just say, he didn’t mean any arm [sic].

Don’t be so shellfish

I don’t intend to spend this entire blog post complaining about the BBC, but do they really think this story was worth the megabytes it was written on? 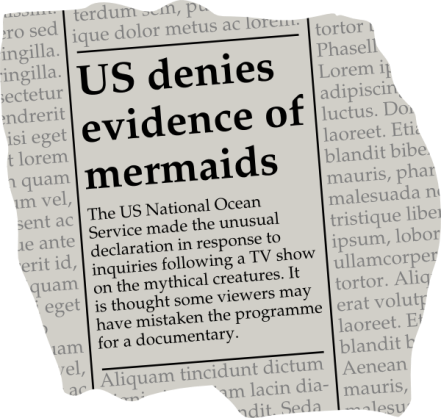 That said, let us not forget this is the same US Government that confidently confirmed the existence of WMDs in Iraq, so I guess anything’s possible.

I’ve been increasingly concerned in recent weeks with the number of visits m’blog has had from people who Googled Is Robert Jay QC Jewish? (He isn’t, by the way.)

And when I heard someone wonder aloud whether Bob Diamond is Jewish, and if so, whether he practices LIBORal Judaism hahaha (he isn’t and he doesn’t, by the way), I did discover that when one types, Is Bob Diamond into Google, the first two suggestions are, …Jewish and, …a Jew?

Amused, I also discovered that the top suggestions for Is the Queen are:
…German?
…above the law?
…a lizard?
…Jewish? [Yes really.]
…also the queen of France?
…a kleptomaniac?

I actually suspect that the last one may be true.

Mum: “I was looking at a Shakespeare app on my ’phone… but now I can’t find it so I’ll have to look for it.”

Schoolgirl I overheard leaving Parliament: “I’m Margaret Thatcher.” [I think she might have had dementia.]

House of Lords usher trying to get rid of me (a Young Person) watching a debate: “And where are you going next?”

Dad: [gives mum a wedding anniversary present of an Amazon Kindle and some real books – that’s like giving someone a CD player and some cassette tapes!]

Mum: [on wedding anniversary] “I might watch the House of Lords while I wait on the OysterCard helpline.” / Dad: “You know how to live.”

In tonight’s episode, the Director of the FBI was accused of dumbing down law enforcement. The Olympics were promoted, for no obvious reason other than to annoy people, by the BBC. The financial markets were manipulated by Bob Diamond. The Queen was played by a thieving German lizard. The scores were tallied by the lovely Samantha. This was an Gabrielquotes production.