It turns out that Muslim inmates in British prisons have been being fed ‘Halal’ meat which actually contains traces of pork. Let us not forget that ‘Mahomedans’ such as these were once described by Sir George Campbell MP as “a kind of more advanced Protestants,” and though I have no clue what that means, let us not forget it. This sorry state of affairs has obviously involved the substantial violations of some groups’ rights, so without further ado allow me to present this week’s story:

The Story of the Three Little Pigs

Once upon a time, there was an old sow  with three little pigs, and as she had not enough to keep them she sent them out to seek their fortune. The first pig that went off (in early 2008) met the then Justice Secretary, who was a bundle of straw. The pig begged him, “Please sir, give me that straw so I can build myself a house.” Which the man did, and the little pig built a house with it. Presently, along came a wolf, who worked for a Prison Food Supply Company, and he knocked at the door and said, “Little pig, little pig, let me in!” to which the pig answered, “No, no, by the hair on my chinny chin chin.” The wolf then answered to that, “Then I’ll huff, and I’ll puff, and I’ll blow your house down!” at which point the pig, who was a Liberal Democrat, immediately gave up and capitulated to the wolf’s every demand. The wolf decided to kill the pig and, in a rather rasher decision, to stamp him with the word ‘Halal’ and sell him to the Emperor to feed to Muslim prisoners in the castle dungeons. But the Emperor didn’t check the meat properly because he had no clothes on and then the wolf said, “But Emperor – what a big defecit you have!” and then the woodcutter was privatised and (That’s enough fairy tales. -Ed.) 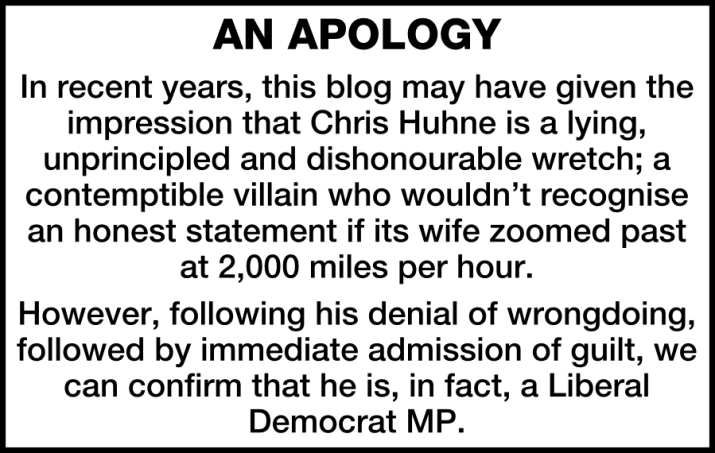 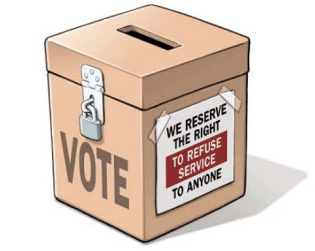 Just a quick note for Sussexites: I’ve been appointed Returning Officer for our Students’ Union elections later this month. This blog will obviously, therefore, be remaining impartial throughout.

Exclusive: undercover police officers created aliases based on details found in the birth and death records of an estimated 80 children, issuing fake passports in their names.

One policeman told The Guardian that during his thirty year career in the Metropolitan Police, he had assumed the identities of two deceased infants. In an exclusive inteview, Chief Inspector Princes-in-the-Tower said, “OK, I’m sorry, geez…” before stomping to his room and having a tantrum.

Another member of Special Branch is currently facing disciplinary action on a charge of “reading The Beano whilst on duty.” In a prepared statement, Constable Tutankhamun said, “Pooh to you with knobs on.”

A spokesperson for one of Britain’s new elected Police & Crime Commissioners announced an immediate investigation into the allegations, stating that “it is unacceptable for anybody involved in law enforcement to adopt the persona of a child.” The PCC herself was unavailable for comment as she was practicing a pirouette.

We’re all delighted that the same-sex marriage bill has passed the first stage of Parliament, but I was particularly charmed by the way that my old friends at The New Indian Express reported the story.

Referring to the 400-175 result, the article – which claims to have been written by the Associated Press, but surely not? – remarks that “the lopsided vote” was swung by “the left-leaning Labour Party.” Yep, it has to be said, Ed Miliband is pretty ‘left-leaning’.

But at least their commentary was more erudite than Professor Geoffrey Alderman’s view that the vote in favour of same-sex marriage was:

“Next week we will be talking about global poverty and inequality. I don’t know why I’m smiling…”

“The problem with this argument is basically that it’s completely wrong.”

“Confucianism emphasises the obedience of the student to the teacher… it’s worth trying, in that sense.”

Here are three of the slides from our Wednesday morning lecture. Look for the subtle clue that it wasn’t a Maths lecture.

That pork story made me snort with laughter

In tonight’s episode, Muslim prisoners who were unwittingly fed Halal pork were cured with oinkment. The Officer Returned. The story about identity theft from dead children was approved by Sergeant C Diggory of Harry-on-the-Potter Police Station. This was an Gabrielquotes production.