Welcome back – with a bit of a visual makeover and a newly-adjusted colour scheme, Gabriel is ready to face the new academic year with a bumper edition of The Gabrielquotes Blog!

It’s the autumn, so the summer is over. Thank goodness, because that means we have almost a full year before having to put up, once again, with newspaper articles along the lines of:

But what actual, hard news has been taking place over the last couple of months, I hear you cry?

The Department for Work and Pensions has released its annual list of poor excuses from benefit fraudsters (they abandoned the term ‘lame excuses’ after a double amputee was ruled “fit for work” by disability assessment company Atos).

And they do make quite interesting reading, such that of the woman who claimed that her long-term relationship which had produced three children was “just a three-night stand,” the man who blamed an “evil twin” for his wrongdoing, and a night watchman who – rather wittily, I feel – insisted, “I only claim benefits during the day: what I do at night is my own business.”

Funny as this is, it’s fairly obviously propaganda designed to give us upright, taxpaying types a glimpse into the murky underworld of those damned scroungers who try to live the life of Riley at others’ expense.

So in the spirit of the Big Society and the government’s ‘Are you in the UK illegally, you foreign bastard?’ campaign, I’ve done my bit for the nation by recording this public information song to hit back at those who earn an undeserved living from public coffers. It’s called Dumb Ways to Scrounge and, unusually, I’d like to thank the Melbourne Metro system for inspiring me.

Working to a hectic Schedule 7

On one of my numerous journeys through Luton Airport this summer, I was taken aside for special security screening by orders of the Vice-Chancellor, on the suspicion that I was carrying “materials that could aid the commission of journalism.” After being questioned for several hours, officers confiscated two blank notebooks from me and have had them sent them to Scotland Yard. A raid on the Moleskine factory is expected imminently.

Oh no, wait a minute, that didn’t actually happen, and could never happen in any sane country.

Oh no, hang on, yes it did happen. David Miranda, partner of the Guardian journalist who broke the ‘ZOMG spies read our emails’ story this summer, was detained for nine hours in Heathrow under Schedule 7 to the Terrorism Act, a curious power which can only be used against individuals who are not suspected of terrorism. The detention took place with the knowledge and consent of the Prime Minister, Deputy Prime Minister and Foreign Secretary.

Senior police officers say that Miranda was carrying stolen top-secret information that could conceivably be of use to terrorists, and therefore could potentially himself be guilty of terrorism.

For that matter, David ‘previously in my life’ Miranda was also carrying a pen (which could conceivably be of use to a terrorist anxious to complete one final sudoku puzzle before detonating a suicide bomb), a razor (of use should Osama Bin Laden come back to life and seek to go undercover by shaving off his beard) and a Twix – and I’m sure we can all imagine what use a terrorist would have made of that!

Bindmans solicitors are taking the Home Secretary and the police to court, seeking an acknowledgement that, as a power which can only be used against people not actually suspected of a crime, Schedule 7 is clearly not compatible with any human right.

Let’s just hope they can do that without being accused of ‘initiating a lawsuit that could conceivably help terrorists’.

Only the asbestos for Sussex

Well, Sussex catering services have now been outsourced to a company blacklisted by the United Nations for corruption, who are advertising their ‘new’ venues as follows: “Remember those times when you just fancied a great coffee and a bite to eat with your friends but didn’t know where to go? Problem solved.” But the café was already there, it’s just been rebranded in a really irritating way. So what problem, precisely, have Compass Group subsidiary Chartwells solved? The problem whereby staff were paid a living wage?

Meanwhile, speculation is growing that Sussex bosses have found a similarly above-board organisation to take over their estates and facilities management services.

Interserve, “one of the world’s foremost support services and construction companies,” has an illustrious track-record in the sector, for instance by exposing workers to lethal asbestos fibres for over a year, refusing to give staff holiday pay to which they were entitled, and – most encouragingly of all – being fined over £10m by the Office of Fair Trading for illegal bid-rigging and other anti-comeptitive practices.

Their motto is Interserve: ingenuity at work. From their recent history, this ingenuity seems to have no bounds, moral, legal or ethical. Again: they’ll fit in very well with the management of Sussex University.

In amongst all this excitement, I got my exam results from Sussex; and on reflection, I consider myself very lucky. Not in terms of the results I got, but in terms of getting the results at all. The day before the marks were due to be published, the University made a quiet and unannounced change to the online system, rolling back the date by 48 hours.

After people began questioning this, they finally put together a press release in which the head of the Academic Registry explained that the delay was necessary “to ensure that the results are accurate.”

Yes, it took this ridiculous department all year to realise that not only do results have to be released, but accurate results have to be released. The previous plan to release arbitrary, fictional results was shown up for the sham it was, and there was a consequent last-minute rush to look into the actual academic progress of all ~12,000 students.

Hopefully the Academic Registry will be next into the outsourcing queue, and can be replaced with some laughably simple software. 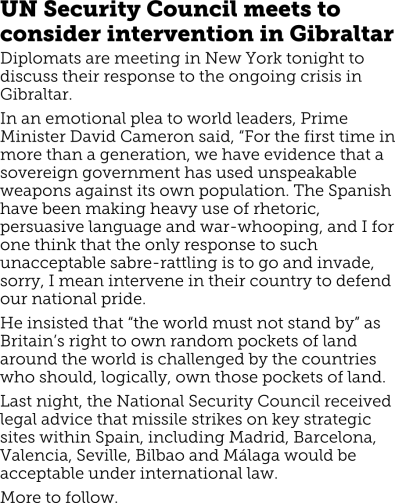 I’ve also been busy living the dream by dragging thirty teenagers round the desert for a month (or, as my CV puts it, ‘leading a four-week educational tour to Israel for 16-year-olds’).

This was accomplished, miraculously, with not a single visit to a doctor or a hospital, and with the only real incident being when a few of the girls were rebuked for taking a ‘selfie’ while leaning over the gender barrier at the Western Wall.

There is, it turns out, no more controversial action in Israeli society, except perhaps taking a ‘selfie’ leaning over the racial barrier at the Separation Wall.

And on the subject of The Selfie:

It’s good to be back!

As it’s the 3rd of September you’ll have noticed that tomorrow is Erev Rosh Hashanah, so I’d like to wish all of my readers a happy and sweet new year of 5774! 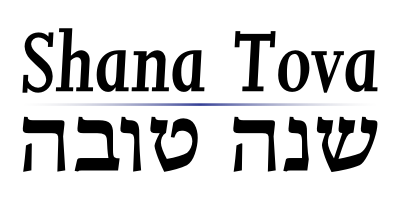 Oh good God, another year of this??

In tonight’s episode,the drawer was closed by a sheepish cat after the horse had bolted. David Cameron refused to implement the Leveson proposals out of his deep respect for press freedom. The release of exam results was delayed by Academic Registrar Sharon Jones’ new-found passion for accuracy. And the Nazis apparently left all their money to the EU. This was an Gabrielquotes production.