I’m not going ‘behind a paywall’, but it would still be lovely if you could put your email address into the box on the right.

.
So enthused was I by the emphasis which last week’s Conservative Party Conference laid on Hardworking People* that I’ve decided to dedicate this blog post to them. If you are not a Hardworking Person, please stop reading immediately and go do some menial unpaid job to earn your benefits.

*the term ‘Hardworking People’ includes anyone in full-time employment, or who has enough family money to live on without employment, but excludes members of the Labour Party, members of trade unions, human rights activists, Nick Clegg and Larry the Cat.

Following a controversial announcement from the chairman of global pasta manufacturer Barilla, which stated that he would not allow gay people to appear in any of his company’s adverts (“They can eat someone else’s pasta”), activists around the world have responded with anger.

“Pasta is unnatural and an abomination,” tweeted the Reverend F. Albert Dente III, head honcho at the Westboro Church of the Latter Day Straining. “If the Lord wanted us to boil durum wheat He would have taught Our Saviour some recipes.”

“Where does all this end?” he asked Britain’s Parliament. “If this House legalises pasta then what boundaries are left? I quite fancy some couscous. Maybe Noble Lords would be keen to see people eating noodles, even lasagne? This has gone far too far.”

A straight spokesperson for the beleaguered Barilla pasta company told our reporter, “Enough of your sauce.”

Back for a new series

Pictured here, we have Eastbourne’s Councillor Tom Liddiard (Con.), known for his local road safety initiatives, cruising down a motorway with one hand on the wheel and eyes turned away from the road. Watch out for next week’s feature, ‘Magistrate’s Court Corner’. 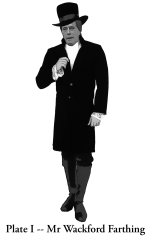 The story so far—aghast at the squalour of the University at Sussex, impoverished gentleman Gabriel Webber has vowed to protect the young students from the brutal treatment of money-grabbing Vice-Chancellor Wackford Farthing, and his villainous partner, Pro-Vice-Chancellor Claire Squeers.

Now, the fact was, that both Wackford Farthing and Claire Squeers believed students to be their proper and natural enemies; or, in other words, they held and considered that their business and profession was to get as much from every student as could by possibility be screwed out of him.

The difference between them was, that Claire Squeers waged war against the enemy openly and fearlessly, and Wackford Farthing covered his rascality – even on campus, out of sight of the High Court and the Independent Adjudicator – with a spice of his habitual deceit; as if he really had a notion of someday or other being able to take himself in, and persuade his own mind that he was a very good fellow.

“Drat,” said the lady, staring out of the window, “They’ve not brought the week’s vittles yet and it’s brimstone morning!”

“We purify the students’ bloods now and then, Webber,” explained Wackford Farthing, “by serving them brimstone and molasses in the Bramber House canteen.”

“Don’t go believing that fiddlesticks!” retorted Claire, “Don’t think we purify them out of the goodness of our hearts. If you think we carry on the business in that way, you’ll find yourself mistaken, and so I tell you plainly.”

The Vice-Chancellor’s countenance brightened. “What Mrs Squeers tells you is quite true, Webber. Fact is, we feed them brimstone and treacle largely because it spoils their appetites and comes cheaper for us than real meals. So, it does them good and us good at the same time, and that’s fair enough I’m sure.”

“We used to have a charwoman who made the molasses, you see,” added Claire, “But there’s a corporation in town who’ll do it for the same price and they don’t require room and board like she did. Well, mattress in the kitchen and board. So we gave her her cards.”

Having provided this information, Farthing leaned out of the window to watch for the absent supplier of brimstone, and was soon enough rewarded with the sight of a cart entering the yard, the words Messrs. Compass, Chartwells & Sons, Purveyors of Both Eatables and Barely-Eatables, Families Waited On Daily painted upon its sides.

All characters appearing in this extract are fictitious, and any resemblance to real Scottish Pro-Vice-Chancellors of universities on the south coast is entirely coincidental.

The end of Conference Season

Because Sir George has been endlessly called upon by the media to give his expert views on the recent Party Conferences, I hadn’t asked  him to contribute this week.

But so dedicated is he to having his views communicated to a wide audience – willing or, as was the case when he ruled the province of Bengal, not – he has decided to do so anyway. So allow me to present, Sir George Campbell MP, speaking on the subject of Iain Duncan-Smith’s ‘work for benefits’ scheme.

Police officers in Sussex reacted with horror this week at the level of cuts being made to their budget – £52 million – which will “hit vital frontline services.”

But thank God those vital frontline officers tasked with watching over Sussex University aren’t too overstretched, and still have time to post meaningless crap on Twitter.

“This module is primarily built around the threat or use of violence.”

“It is my determination that your complaint is not admissible because a 48 hour delay in releasing assessment results does not constitute a failure in University service.” (Er what? -Ed.)

“The Indian Constitution was written by lawyers so is absolutely spick and span.”

“Indira Gandhi sent the Indian army into a Sikh temple, but it took a toll on her because she was assassinated.”

Some people did this

In tonight’s episode, Cllr Tom Liddiard was in the driving seat. The welfare state was dismantled by rich folk whose fathers didn’t hate Britain. Spaghetti was put straight by Guido Barilla. The Director of Student Services set a high bar for considering complaints. And the Daily Mail put its tail between its legs (yeah right…) This was an Gabrielquotes production.