Just a quick one to report that the trial of Alex Cline is complete. Not guilty. Get the lowdown here, and remember you can subscribe to this blog by entering your email address on the right.
.

Former Sussex student Alex Cline, 25, has been found not guilty of ‘causing harassment, alarm or distress with intent’ to Mike Weatherley MP on three occasions during a protest on campus last November.

“I am not satisfied that the words ‘you’re a coward Mr Weatherley’ amount to threatening, abusive, insulting or disorderly words or  behaviour,” he ruled on Tuesday evening (I’m enjoying this sentence already!), also finding that Cline’s other two encounters with the MP for Hove were accidental and not intended to cause alarm or distress.

In relation to the ‘you’re a coward’ charge, the defence counsel cited a European Court of Human Rights case once cited by this very blog, in which it was held that it was legitimate free speech to tell the French President to “Casse toi pov’con.”

“I understand that this translates as ‘get lost, you sad prick’, sir,” said the lawyer. “No doubt that’s why you said it in French?” remarked the judge.

Judge Ikram, who became infamous in 2011 for sentencing a teenager to 8 months in prison for stealing a bottle of Lucozade during the London riots, observed that “the motives of the defendant seem to have been treated with great suspicion by Mr Weatherley’s staff. After all, his photograph was circulated amongst them in advance of the event.”

Weatherley’s office manager Robert ‘assault by glitter’ Nemeth had testified that Cline pushed the MP “forcefully”, but Weatherley himself made no mention of such an occurrence. This, combined with Nemeth’s claim that he was able to see, out of a window in the Silverstone Building, events taking place on the far side of a police van, led the judge to exclude his evidence altogether because “he could not possibly have had a clear, unobstructed view, but had had the benefit of seeing YouTube footage of the incident” and may subconsciously have ‘refreshed his memory’ from it.

The verdict came at the end of the defence case, in which Cline gave evidence for almost two hours before calling two witnesses, a former chair of Lewes District Council and a Sussex art history lecturer, who were both at the incident last year.

The day had begun late because Cline’s barrister, Owen Greenhall of Garden Court Chambers, had had his wallet snatched on his journey down from London: a shabby trick from the Crown Prosecution Service but it clearly didn’t impede Mr Greenhall’s performance!

Supporters in the public gallery applauded as the verdict was handed down.

So really, I have just one thing to say: 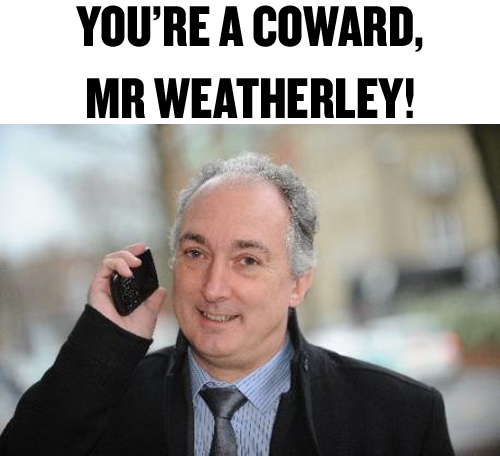