That was all so much fun, wasn’t it! The mark of a successful event is that people are asking, “When’s the next one?”

So, it came as no surprise that, no sooner had the referendum finished than people were clamouring for a second one!

On Friday morning, pro-Brexit voters were already ruing their decision – how unfortunate that nobody mentioned, beforehand, that a Leave vote might result in massive currency fluctuations. One such creature, Adam (pictured soft right), told the Daily Mail:

It’s that sort of thinking which resulted in Hartlepool electing a monkey as mayor.

Meanwhile, a vastly popular petition (Gabrielquotes passim) called for a re-vote. (A second, slightly cheekier petition added that the England v Iceland game should be re-played if we lose because that would be like well unfair.) The EU petition was signed by a curious number of people from outside the UK, including 39,000 from the Vatican City, which has a population of 800. Odd. Ironically, it was initiated before Thursday’s vote, by a pro-Brexit campaigner who was worried about a narrow Remain victory. Bet he’s not too happy now.

A song to mark the end of this process:

A pizza the action 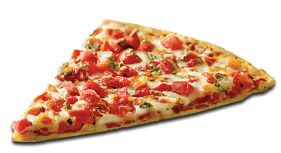 I blush to refer to our European partners in this post, but I do have to report that the Italian senate has called for pizza-making to be regulated and subject to formal qualifications.

According to the BBC:

Aspiring pizzaioli would have to pass a theoretical and practical exam after undertaking training.

The practical exam will last around 40 minutes and is said to include:

One senator who opposes the plans, Pam O’doro, told reporters: “This is not necessary. Selecting meats, vegetables and salad leaves as pizza toppings is easy. It’s not rocket science.”

She added: “The whole system will cost a lot of dough.”

The College of Policing has unveiled new guidelines for undercover police officers, which specify that they may only engage in sexual activity with a suspect if “proportionate” and “to mitigate an immediate threat”. They should also only have sex “to the minimum extent necessary” and “must record it”. Sounds eminently reasonable.

The guidance also goes into detail on the process of “legend building” (aka. ‘telling porkie pies’) and helpfully warns:

All undercover staff should be aware of the dangers posed by exposure of their true identity on social media.

Time to delete those Snapchats then… (Yes Tom Watson that means you.)

The Fruitcake & Loony Association, trading as Jewish Human Rights Watch, has been slapped down by the High Court for appointing itself as a representative of the Jewish community and trying to stifle free speech within local councils. 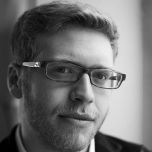 JHRW and its director Jonathan Neumann (pictured far right) took Leicester, Swansea and Gwynedd councils to court in a bid to prevent them from passing resolutions boycotting illegal settlements in the West Bank. It never occurred to them that, er, dialogue and education might be more productive than a summons.

According to Neumann, a council boycott of West Bank settlements “amounts to a get-out-of-town order for Leicester’s Jews”.

He and his crazy friends are appealing Tuesday’s decision to the Court of Appeal, claiming that “councils can now call for a ban on homosexuals and for black people to have to leave town”.

Lucky there’s no hideous exaggeration or overstatement going on then.

JHRW, which has literally never issued a press release without some arbitrary reference to the Nazis, has previously threatened legal action against pubs for allowing pro-Palestinian activists to enter, and against the University of Cambridge for allowing its students to protest against Israel.

Although not a charity itself (and therefore under no obligation to disclose where it gets its vast budget from), JHRW has also reported anti-Israel charity War on Want to government regulators. The government will not accept such complaints unless the complainant has first “given the charity a chance to address the issue” – so Neumann duly recorded the nature of his dialogue and respectful engagement with the charity:

Demonstrations outside their offices and their Annual General Meeting. They were not interested in our concerns.

What a loopy bunch of thugs. How fortunate that Mr Justice Simon noted in his judgment:

The assertion that JHRW consulted widely among the Jewish community before bringing the claim was not supported by any evidence.

Those Tory leadership candidates in full

On the subject of loonies, with Cameron gone, the ol’ Conservvies will need to select a new leader. As Ladbrokes is taking thousands of pounds on the outcome of the contest, Gabrielquotes takes you through some of the runners and riders.

On the subject of Jeremy – the London Corbital – I must be just about the only member of the Labour Party who has neither resigned from nor been appointed to the Shadow Cabinet in the last week.

Despite an unprecedented rebellion and vote of no confidence far in advance of the referendum’s ‘people has spoken’ 52%, Corbyn is staying on in office because it would be “a betrayal” to resign. Meanwhile, the party has (at time of writing) failed to challenge him for the leadership because the two most obvious contenders have been “unable to agree which of them should be the unity candidate”.

And there I was thinking that the hallmark of a unity candidate was that there didn’t have to be an almighty row to establish who it should be.

Not only have Shadow Cabinet ministers been resigning, but, according to various news sources, various “junior shadows” have also resigned, to spend more time with the Vashta Nerada.

(Put a joke here about how we’ve just done a second Brexit from the Euros. Bet no-one else will think of doing that. -Ed.)