So it’s happened: orange is the new black and  the American people’s choice has been put into action.

In one final piece of epic vandalism designed to annoy Trump, the leftist mainstream media painted the historic building in rainbow colours (see photo right) and bribed Kenyan-born Barack Hussein Obama to release transgender traitor Bradley Manning from prison with a $5 million cheque paid for by the American taxpayer. (Why did you let Breitbart write your blog? -Ed.)

At the inauguration ceremony, which was attended by the entire population of the northern hemisphere, Ronald McDonald shyly offered his thanks to the Board of Deputies for that congratulatory message back in November, before announcing:

The bible tells us how good and pleasant it is when god’s people live together in unity.

Whiny Jews will immediately recognise that as having been a quote from Sol Tevel’s famous rendition (Shurely ‘extraordinary rendition’? -Ed.) of Hineh Mah Tov, albeit with the words “in peace and unity” replaced with “in Washington DC”.

Then he swore the oath – “If you’ll preserve, protect and defend the Constitution of the United States and you know it, clap your hands” – and assumed control of a nuclear arsenal along with other fledgling football teams.

The United States is not just welcoming a new President, but a whole range of Cabinet members:

The recent Al Jazeera ‘sting’ revealing that the State of Israel is, er, pro-Israel turned a lot of heads. Towards Ofcom.

But what of their undercover reporter, the sinister figure known only as “Robin Harrow” (pictured far left)? What is his take on the whole affair?

MONDAY
I try to open a new bank account but the clerk gets very suspicious because I keep forgetting my name.
“Robin Harrow” doesn’t exist any more, I tell myself. But he’s still with me, somehow, like Mr Hyde.
At least the first episode of The Lobby is screened tomorrow evening so that will be a feather in Robin’s cap.
My cap.

TUESDAY
I really could not be more angry. Bloody months I spent infiltrating Zionist lobby groups. And what’s the reaction to my scoop? Nothing. “No shit Sherlock” was what the Jewish News had to say. Meshuggers, they are.
Oy gevalt, I’m livid. Oh wait. That’s one of his phrases. I don’t say oy gevalt. Only Robin. Damn. 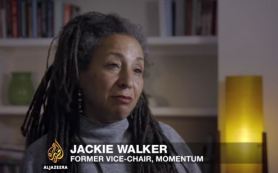 Episode two showed the brave Jackie Walker defending her right to say that Jews were responsible for the slave trade. I watch it while eating my lunch: a bagel, some Bisli and a finely-chopped tomato and cucumber salad.
Still bitterly disappointed by how calmly everyone’s treating the things I discovered. Israel is paying people to promote its interests abroad! It’s a global scandal. When are people going to wake up, nu? Just imagine if America or Germany paid people to promote its interests abroad.

THURSDAY
Some officer from the Jewish Board of Deputies had the chutzpah to suggest that it was unethical of me to pretend to be pro-Israel. “Why?” I ask, “Yachad does it all the time and you don’t complain about them.” “I do, actually,” he said.
Oh.

FRIDAY
As soon as three stars emerge, I light candles. Then I stop. What am I doing? That was Robin’s doing. Part of me is Robin. How do I shake this off? Aaaaarggghhh.

*as told to Gabriel Webber

In a dress rehearsal for its release of the exciting Brexit judgment tomorrow, the Supreme Court last week revealed a less-than-exciting judgment about the syntax bus drivers should use when seating passengers.

Five justices agreed with transport company FirstGroup that its drivers could not require able-bodied passengers to vacate a wheelchair space so as to accommodate a wheelchair user, but they also agreed with the claimant, Doug Paulley, that the drivers should engage in “some attempt at further persuasion or pressure”.

I took a look at the BBC Bitesize advice page on ‘Writing to persuade’ and they suggest: 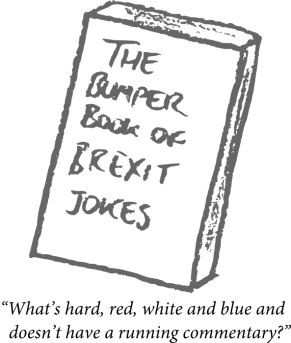 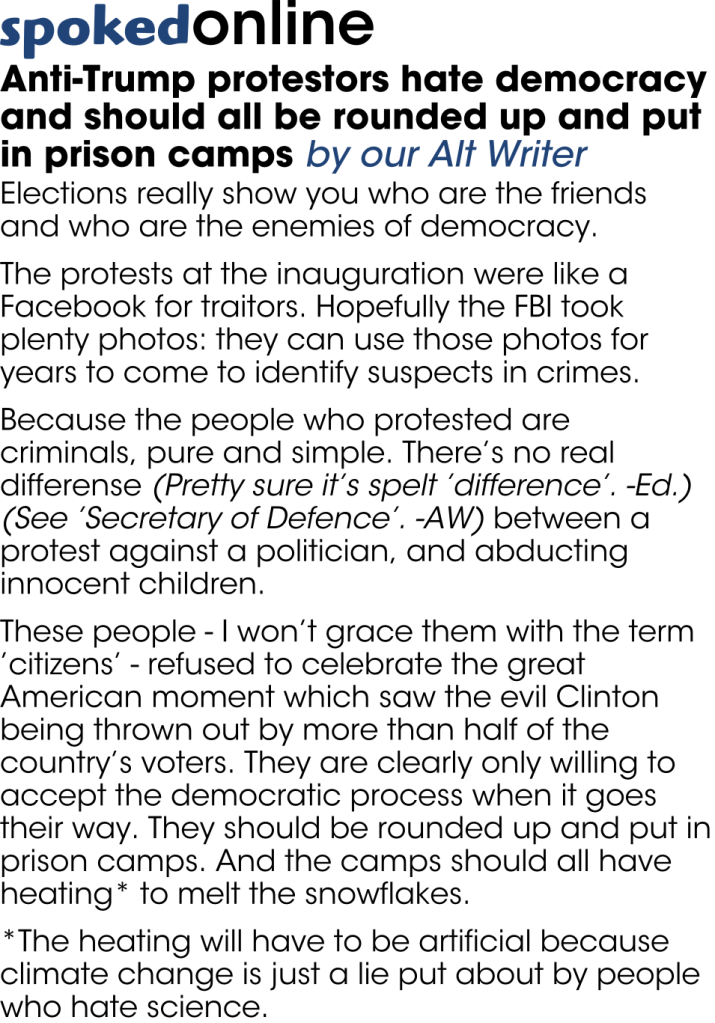 Well, as the Cabinet member of time is accepted by the Senate committee of destiny, and as the First Family of fate retreats into the Presidential Library of eternity, it seems to be the end of the blog post.

In tonight’s episode, Robin Harrow was played by █████████ ██████, and the Supreme Court took ages to decide a case about buses after which two came along at once. Andrew Puzder was played by a hungry young guy. This was an Gabrielquotes production!